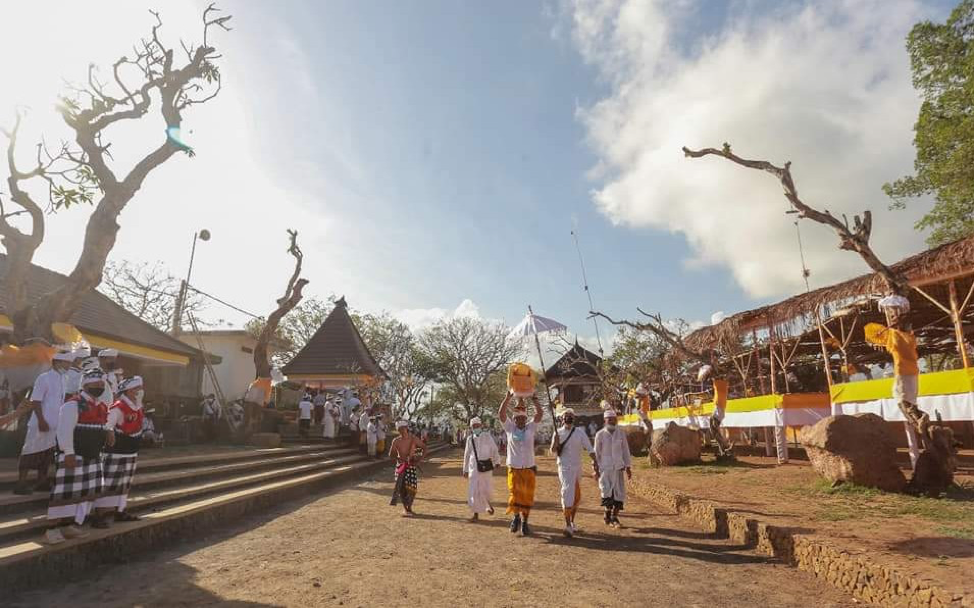 Hi Bali’s visitors, We are excited to announce to the public the unique temple festival, Usaba Kedulu Gede, The Grand Temple Ceremony at Gumang Hills, which is going to be held on October 9th, 2022. A cultural attraction that will pique the interest of Bali’s visitors who are in the island during this time. Let us take a closer look.

Bugbug village in Karangasem, east Bali, is one of the island’s oldest villages. The village is deeply ingrained in a culture that has been passed down through generations. It has a long history of the journeys of spiritualists in the past. They left some traces spread out across the villages, including on those tiny islands in the village’s ocean, Gili Kuan, Gili Biaha, and Gili Tupekong, where some of the old age shrines were left so that villagers could still perform the ceremonies to preserve their historical divinity. The biggest temple amongst those, Gumang Temple, to which the deity who resides in the shrine was believed to have protected the villagers from Mt. Agung’s eruption a very long time ago. The villagers remain, showing their gratitude. 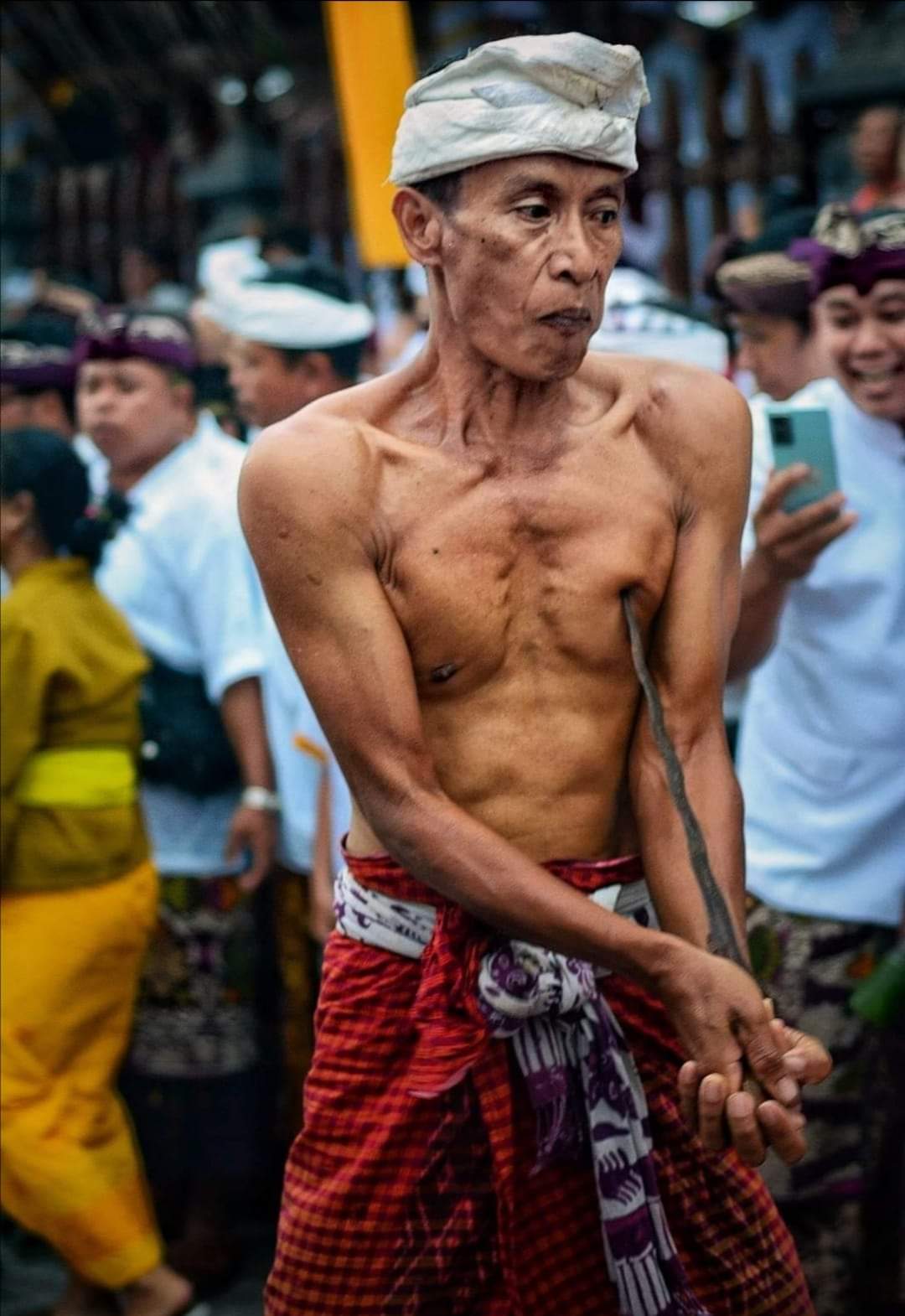 The Grand Ceremony at Gumang Temple, known as Usaba Kedulu Gede, will take place on October 9, 2022. This grand ceremony is done every two years. The time has come for every family to hold a “mepinton ceremony” to commemorate the birth of a new baby, no matter what age they are ready on the day, to the deity who resides in Gumang Temple’s shrine. This is done to acknowledge their presence in this realm and to gain the protection of the deity throughout their life journey. Every new born is commemorated with offerings, one element of which must be a suckling pig as an absolute requirement. It’s fascinating. There will be hundreds of suckling pigs seen in the temple area.

The ceremony begins at midnight, following a series of ceremonies from the “catur desa”; four sister villages, Bugbug, Ngis, Bebandem, and Jasri. Those villages have a strong connection to the spiritualist’s journey, who has long resided in the shrine of Gumang Temple. As a result, the bond endures not only physically and mentally, but also spiritually. They will come to carry ‘Jempana,’ a medium on their shoulders from their respective villages through which the deities reside and temporarily gather at Gumang temples. The colors of the headdresses distinguish each group of people from the villages. Bugbug is red, Bebandem is black, Jasri is white, and Ngis is yellow.

The rite will be adorned with offerings, traditional outfits, gamelan, sacred dances, trance dances with daggers, and impromptu food and drink vendors. Villagers of all ages will sweat profusely as they hike up the hills at an elevation of 279 meters above sea level. But they are overjoyed and grateful to be able to pray with their family members at this ceremony. They must stay up late to await the conclusion of the ceremony. They bring their own food to eat throughout the night’s rituals. Some may fall asleep, but the ceremony must be performed to keep them awake. 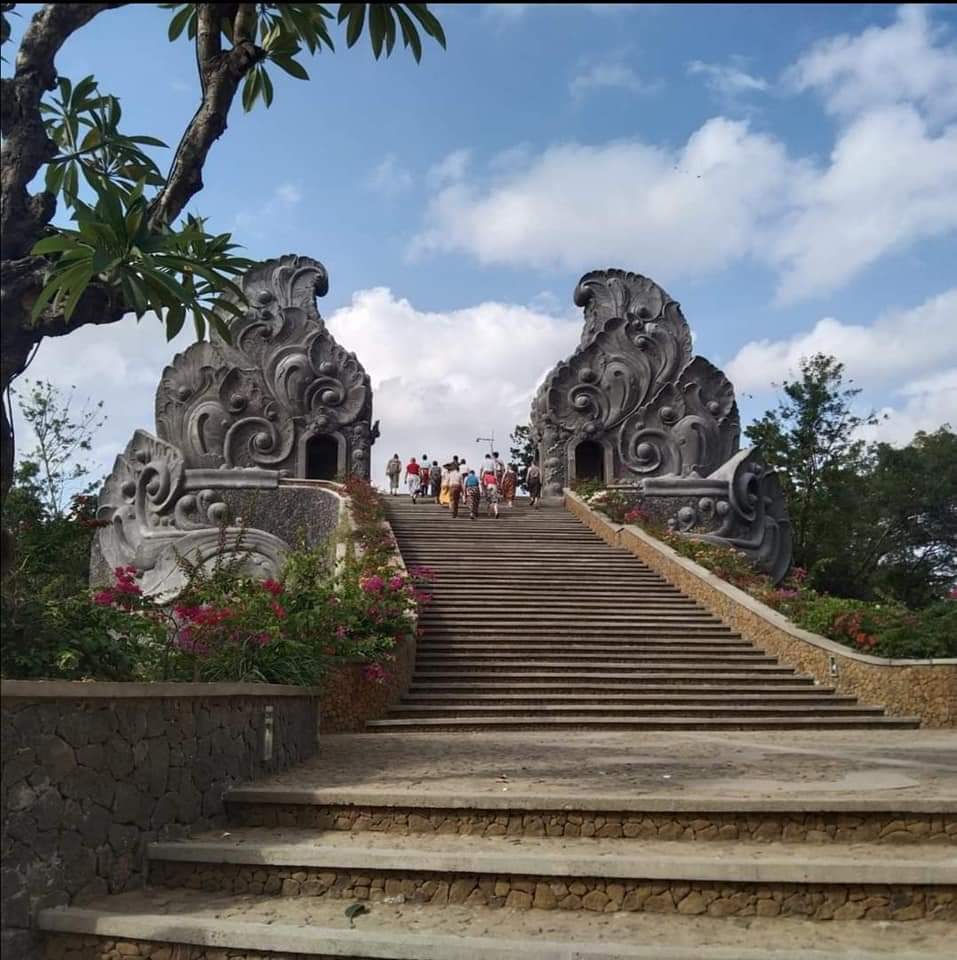 Jro Nyoman Purwa Arsana, the elected chief of Bugbug customary village, or Klian Desa Adat, has been preparing this for a long time with his village administration team. With his background in road construction and civil engineering education, he has created some useful programs for the villagers, such as building the hiking road on the south west part of the Gumang hills for off-road cars to carry the massive offering and enlarging the public road space at Sanghyang Ambu to mitigate the acute gridlock and provide a more spacious parking lot, especially during the ceremony, which is held. He has done a lot for the village in order to alleviate the villagers’ difficulties during the ceremony.

However, this is a worthwhile cultural event. Anthropologists, writers, photographers, and travelers have the unique opportunity to observe and document this living culture. The rite will undoubtedly make you wonder why we are carrying it out with such solemnity. They could come on October 9th, 2022, when the villagers leave their village to hike Gumang Hills for the ceremony. The ceremony will continue in Bugbug village the following morning, while the others will return to their respective villages.