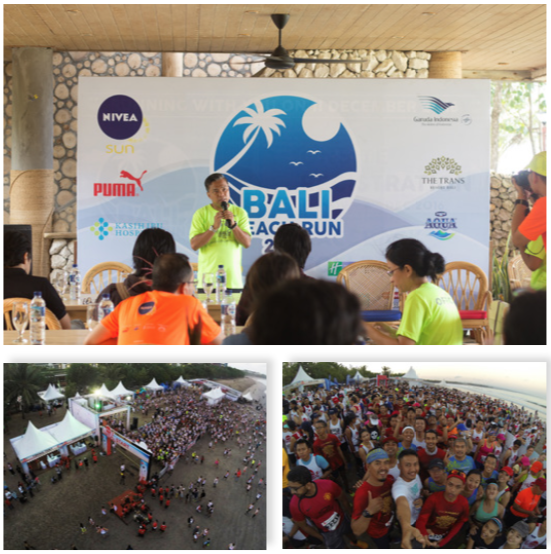 Bali Beach Run and Jogja Beach Run are both part of the immensely successful Beach Run franchise organised and founded by PT. Trijaya Dewata. Created with health and recreation in mind, the creator of Beach Run, Mr. Hendra Lapusa saw great potential for a unique, one-of-a-kind world-class running event that combines sports with recreation, thereby giving birth to the first Beach Run event in 2013, second in 2015 and the third in 2016 in Bali, taking runners through 10km, 5km and 2.5km routes. With overwhelming response globally, the community-based social and sporting event was also created to empower and give back to the local communities that it is involved in.

Bali Beach Run is Indonesia’s first run of its kind. Set on Bali’s stunning Kuta Beach, the 2013 event saw more than 1,500 runners from across the globe taking part. It has since become a highly-anticipated event among local and international runners alike with 2,000 participants in 2015 and 2016.

Likes:
0
Comments:
0
Categories:
Our Own Event